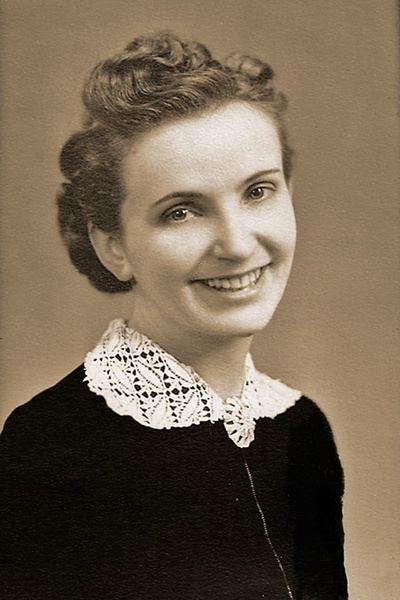 Marcella Drewes Otteson passed away on Friday, March 23, 2018 at the age of 99 1/2 at Park Lane Nursing Home in Scott City, Kansas.  She was born on a farm near Rolla, North Dakota on September 19, 1918, the daughter of Diedrich and Martha Freier Drewes.

Marcella attended Rolla High School graduating in 1936 as valedictorian. After graduation, she attended Dakota Business College where she learned secretarial skills and flourish handwriting.  She continued to use flourish writing for high school diplomas, awards and graduation certificates for many in the area.

She married Harold R. Otteson in 1945 in Roulette, North Dakota. They moved to Scott City shortly after their marriage. In 1949 their son Gary Richard Otteson was born. In February, 1992 Harold was in a serious car accident and passed away from his injuries at St. Francis Regional Medical center in Wichita, KS.

Marcella worked at various business firms including ASC in Rolla, North Dakota and Schiller Photographic Co. in St. Louis, Missouri. For ten years in the 1960’s, she as a secretary at Century Refinery. After that she was Scott County Treasurer for 11 years.

She is preceded in death by her parents Martha M. (Freier) and Dietrich J. Drewes. Also, her sister Margaret Nelson and her brothers Walter Drewes and Henry Drewes.

Surviving relatives include her son Gary Otteson and his wife Ginny Otteson of Midway, Utah. She also leaves behind nephews John Drewes and Terry Nelson and a niece Ellen Drewes-Stoen.

Funeral Services will be at the Holy Cross Lutheran Church in Scott City, Kansas at 10:00 a.m. Friday, April 13, 2018 with Pastor Warren Prochnow presiding.

Memorials In Lieu of Flowers can be made to the Holy Cross Lutheran Church in care of Price & Sons Funeral Homes.

To order memorial trees or send flowers to the family in memory of Marcella Otteson, please visit our flower store.