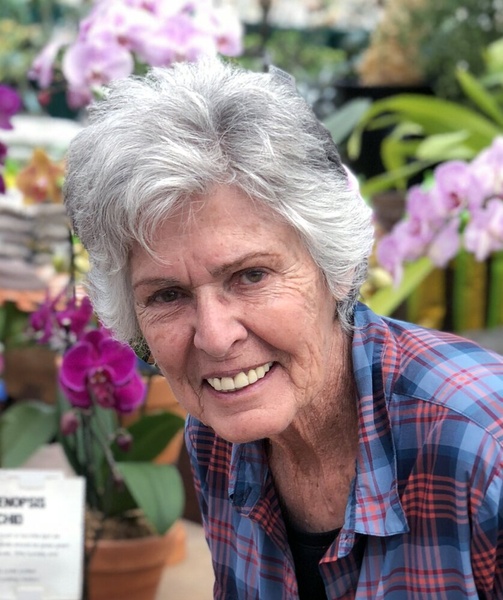 Marie Bryant Osterbuhr of Roanoke, Virginia, peacefully passed away in her home in Garden City, Kansas, on Monday, September 13, 2021. She was 81.

She was the daughter of Elmer and Hazel (Helms) Bryant and was born on June 27, 1940, in Roanoke, Virginia. Marie grew up in Roanoke, Virginia, and graduated from Jefferson Senior High School. She later attended Isbell’s University of Beauty Culture in Lubbock, Texas, where she met her husband, Ron Osterbuhr.

Marie was a selfless volunteer in re-building Lee Richardson Zoo in the late 1970s and early 1980s. The aviary at the zoo is named after her, as she loved birds and all animals.

Marie enjoyed and excelled at other endeavors, including photography and craft work. She was a master gardener and active member of the Horticulture Club. She was also a docent at the bison range.

There will be a private family service at 10 a.m. on Monday, September 20, 2021, at Sherwood Memorial Park, Salem, Virginia. A celebration of life will be held at a later date.

In lieu of flowers, the family has designated Friends of Lee Richardson Zoo in memoriam. Donations can be made through Price and Sons Funeral Home, 620 N. Main St. Garden City, Kansas 67846, in honor of Marie’s amazing life and contributions.

To order memorial trees or send flowers to the family in memory of Marie Osterbuhr, please visit our flower store.