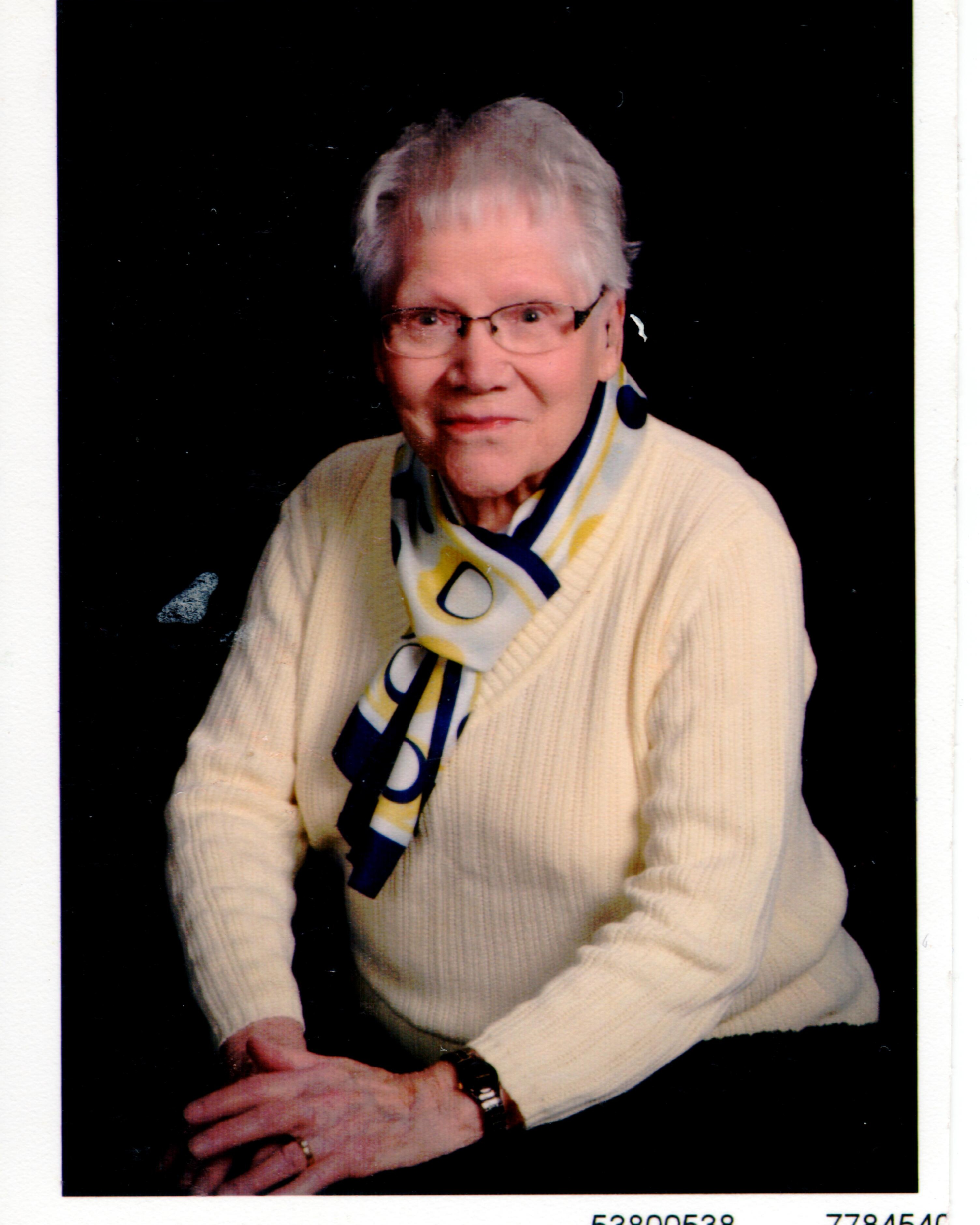 Marilyn Ruth (Bieker) Armstrong, age 95, passed away on October 18, 2022 at the Wichita County Health Center. She was born in Kansas City, KS, on December 11, 1926.  She was adopted on August 19, 1928, by Anthony John and Elizabeth Bieker (Boos) from Marienthal, KS.  She attended parochial school for two years in Marienthal and then moved to Leoti, KS, where she completed her schooling and graduated from Wichita County High School in 1944.

Those years were quite an adventure, and Marilyn and her children love telling stories about those times still today!  One of her favorite adventures was a trip west.  They drove to Pueblo, CO, and from there, took the train to Grand Junction, CO, to visit R.W.’s sister, Margaret.  The train stopped under the Royal Gorge Bridge and let passengers out to see the bridge.

As her children grew, Marilyn started to cut and dye ladies’ hair.  She studied for the state board of cosmetology while an apprentice and passed the exam and became a licensed beautician.  She was the proprietor of Marilyn's Beauty Shop in Leoti for many years.

In 1973, Marilyn married Robert “Bob” Armstrong (b. 1933, d. 1990) in Leoti, KS.  They enjoyed each other's company greatly. Marilyn also worked for a time at the local vet clinic to help with the animals.

Marilyn was a devout Catholic her whole life and her faith saw her through every day.  Besides her children and her dogs, Marilyn also loved to play cards including bridge, rummy, and spades.  She also loved to read, and devoured books well into her 90s!

Funeral mass will be held at St. Anthony of Padua Church in Leoti, Kansas at 10:30 a.m. on Tuesday, October 25, 2022 with Father Tim Hickey presiding.

Interment will be at the Leoti Cemetery in Leoti, Kansas.

Memorials may be given to St. Anthony of Padua Church or the Wichita County Health Center - Long Term Care in care of Price and Sons funeral home, PO Box 161, Leoti Kansas 67861.

To order memorial trees or send flowers to the family in memory of Marilyn Ruth Armstrong, please visit our flower store.