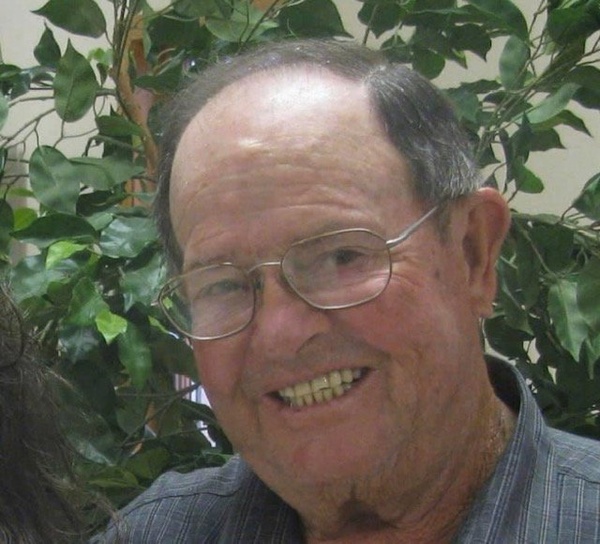 Mick grew up in Holly Colorado and was a wrestler on the very FIRST Holly wrestling team. He also played football and went to Dodge City Community College and then on to Adams State University on a football scholarship. His first job was coming to Tribune in 1957.  He initially taught 5th grade and junior high.  He coached football for 10 years, taught in the classroom for 10 years, was in administration for 29 years, and a wrestling coach for 21 years.  He coached TWK (Tribune Wrestling Kids) for many years. He was inducted into the National Wrestling Hall of Fame in Stillwater, Oklahoma for coaching in 2006.

He was a member of the St. Joseph Catholic Church in Tribune, Kansas.  He was also a member of the Knights of Columbus and the Greeley County Golf Association.  He worked at the C.O.O.P. for many years during his summer breaks.  He was a loving husband, dad, papa, brother and friend.  He enjoyed playing golf, cards, John Wayne and watching KU and the Chiefs.

He was preceded in death by his parents, wife, one daughter, Mona Moritz and a sister, Gloria Claunch.

Mass of Christian Burial will be held on Saturday, June 5, 2021 at 10:00 am (MST) at St. Joseph Catholic Church in Tribune with Fr. Tim Hickey presiding.

A Celebration of Life Memorial will be held at 1:30 p.m. (MST) at the Greeley County High School Gymnasium.   “We will be gathering to share some of our favorite memories, our stories, to laugh, to cry and remember a wonderful person who is greatly missed.”

Memorials can be given to St. Joseph Catholic Church or the Greeley County Golf Association in care of Price & Sons Funeral Home, P.O. Box 301, Tribune, Kansas 67879.

To order memorial trees or send flowers to the family in memory of Marion Cridling Harper, please visit our flower store.