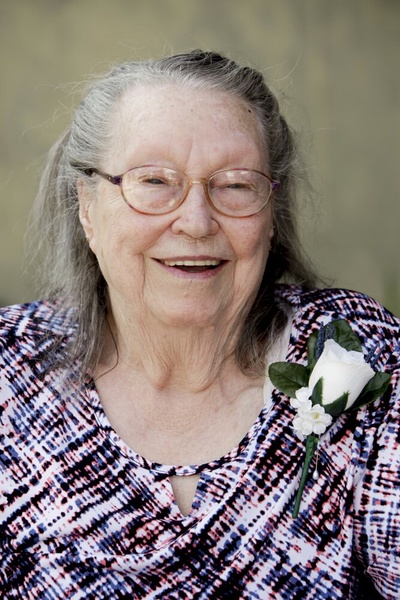 Mary E. Downing, age 91, passed away on Thursday, March 31, 2022, at Peabody Health & Rehab in Peabody, Kansas.  She was born on April 16, 1930, in Peach Orchard, Arkansas, the daughter of Henry Howard and Virland Mae Denton Martin.

Mary attended services at several Baptist congregations and the Scott City LDS church.   Mary was a Dietician for many years in Lane County, cooking in both Healy and Dighton for the hospital, and in Wichita at Wesley Medical Center, and also opened her own restaurant, Mary’s Point.  Mary also owned and operated Hotel Dighton for over thirty years.

Mary was an avid crafter.  If she was sitting down, it was guaranteed she had a crochet hook in hand and a skein of yarn in her lap.  She also loved cake decorating, sewing, embroidery, quilting, plastic canvas, painting, and woodwork.  Mary and Paul made many miniature wagons and buggy replicas that were sold worldwide.  Mary crocheted hundreds of baby caps and beanies for older kids that were sent to a charity in Africa.  Mary had a passion for genealogy and loved the camaraderie of making connections with other genealogists who she met via ancestry websites and Facebook.

Interment will be at Healy Cemetery, Healy, Kansas.

To order memorial trees or send flowers to the family in memory of Mary Ellen Downing, please visit our flower store.