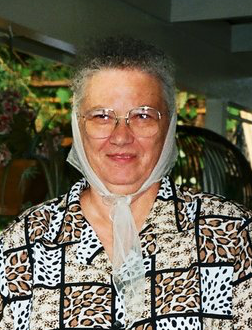 Melva A. Rose, age 90, passed away on Friday, August 3, 2018 at the Park Lane Nursing Home in Scott City, Kansas.  She was born August 16, 1927 in Logan County, Kansas, the daughter of Anson Robert & Daisy May Cook McDaniel.  A resident of Scott City, Kansas since 2007 moving from Greeley, Colorado, she was a Institutional Cook at a nursing home for over 35 years and was a founder for the Meals on Wheels program both in Greeley, Colorado.

She was a member of the Lutheran faith.

She was preceded in death by her Parents Two Brothers - Arlo McDaniel & Robert McDaniel and Two Sisters - Virgie Redding and Marjorie McDaniel.

Memorials may be given to the Holy Cross Lutheran Church or Park Lane Nursing Home in care of Price & Sons Funeral Homes.

To order memorial trees or send flowers to the family in memory of Melva A. Rose, please visit our flower store.