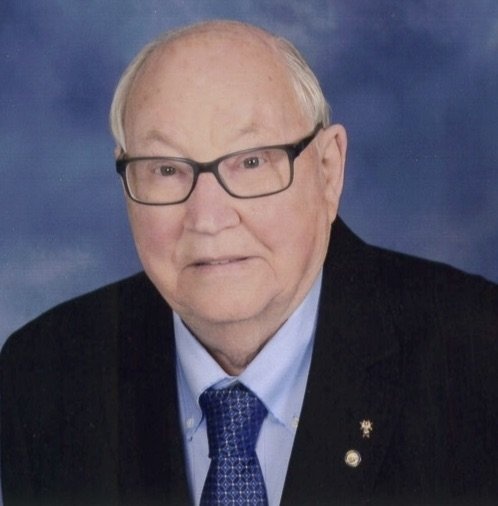 He was a member of the St. Joseph Catholic Church and the Knights of Columbus both of Scott City, Kansas.

Melvin worked as the office manager of the Scott City Coop for over 30 years.

One Sister Rosella and Loren Riblett

He was preceded in death by his parents, wife; one daughter, Eileen Lickteig; two sons, Fred Lickteig and Christopher Lickteig.

Funeral services will be held at 10:00 a.m. Wednesday, May 29, 2019 at St. Joseph Catholic Church in Scott City, Kansas with Fr. George Fajardo presiding.

Vigil Service will be on Tuesday at 7:00 at the church.

Visitation will be held on Tuesday from 12-5 at the funeral home.

Memorials are can be made to the St. Joseph Catholic Church or the Knights of Columbus in care of Price and Sons Funeral Home, PO Box 553, Scott City, Kansas 67871.

To order memorial trees or send flowers to the family in memory of Melvin Eugene Lickteig, please visit our flower store.