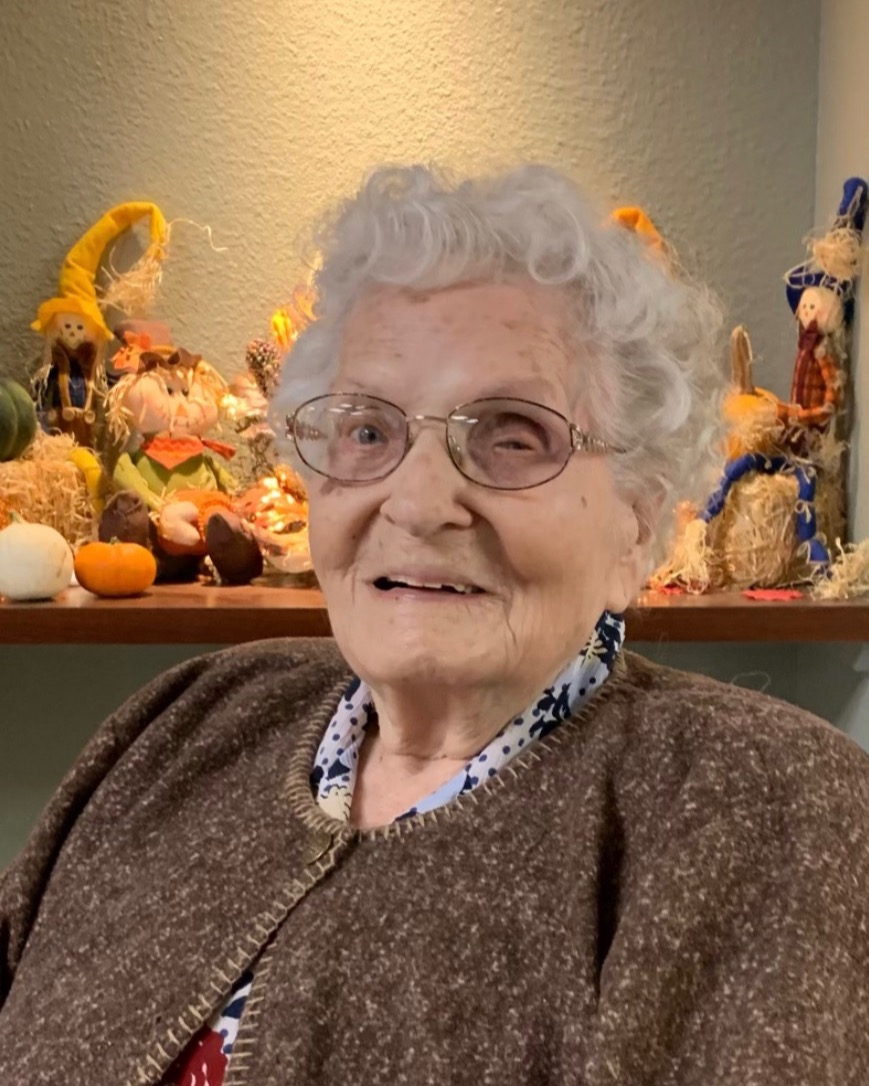 Nella G. Funk, age 101, passed away on Saturday, December 17, 2022 at the Scott County Hospital in Scott City, Kansas.  She was born on February 5, 1921 in Manford, Oklahoma, the daughter of Robert James and Belle Zickaffos Lewis.  A resident of Scott City, Kansas since 1939 moving from Ness City, Kansas, she was a Avon Salesman and a homemaker.

She was preceded in death by her Parents, Husband - Herman, One Daughter - Judith Kitch, One Granddaughter - Toni Kitch and One Great Grandson - Anthony Chase Berning.

Funeral services will be held at 2:00 p.m. on Thursday, December 22, 2022 at Price & Sons Funeral Home in Scott City, Kansas with the Rev. Jeff Goetzinger presiding.

To order memorial trees or send flowers to the family in memory of Nella G. Funk, please visit our flower store.