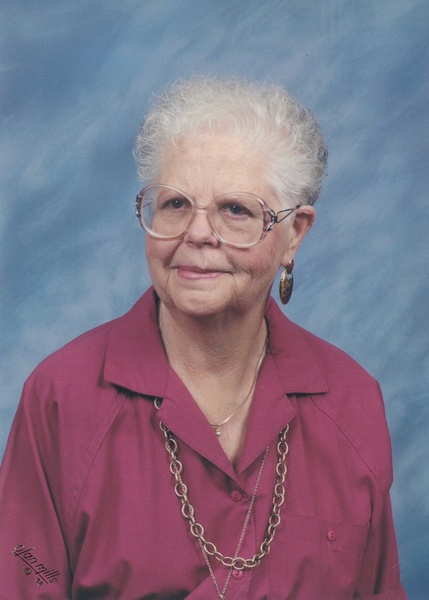 Nellie LaPlant, age 90, passed away peacefully on Tuesday, January 12, 2021 at the Parklane Nursing Home in Scott City, Kansas. She was born on April 18, 1930 in Enid, Oklahoma, the daughter of Hugh and Monta Embree Simmons. She had been a resident of Scott City since 2005 having moved from Garden City, Kansas and worked in retail sales.

Nellie was a member of the First Christian Church of Scott City, Kansas.

On May 26, 1946, Nellie married Olin LaPlant in Enid, Oklahoma. Olin and Nellie moved to a farm near Hereford, Texas shortly after they were married and their five children were born in Texas.  In 1957, the family moved to Liberal Kansas and opened LaPlant Carpet and Tile in 1970 until a fire destroyed the business in 1987. Olin passed away on October 17, 1989 in Wichita, Kansas.

She was preceded in death by her parents, husband, two brothers, Harry Simmons and Hugh B. Simmons, Jr., and one infant son, David LaPlant.

To order memorial trees or send flowers to the family in memory of Nellie LaPlant, please visit our flower store.