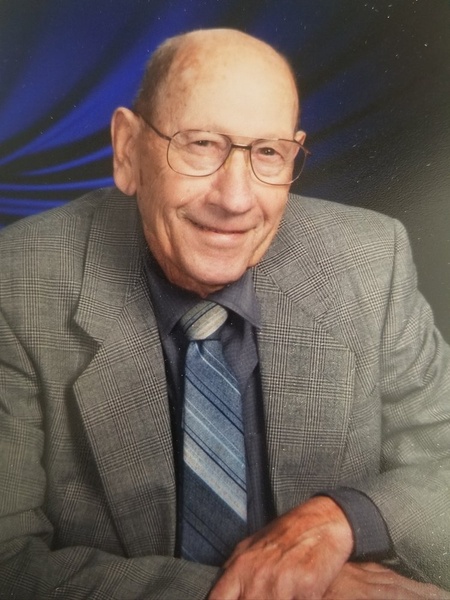 Orland Gay Marker, known to his family and friends as Gay, passed away on June 9, 2018 at his home in Topeka, Kansas surrounded by his loving wife - Carol and members of his family.  Gay was born August 13, 1933 on the family farm in Scott County, Kansas. He was the fifth of six siblings to John and Elva Harper Marker.  He served with the Unites States Army in the Korean War and was honorably discharged as Specialist IV in 1962.

Gay was a Mason and Shriner, a member of the American Legion, VFW and served on the Board of Directors at Kearny County Hospital.

In 1958, Gay married Lillian Beeson where they lived in Scott City.  Divorced in 1978, Gay later met and married Carol Jean Dumler on April 17, 1982 in Lakin, Kansas.  She survives with an everlasting love for him and a heavy burden of sorrow.

Early on Gay worked for the Kansas-Nebraska Gas Company, then moved on to owning a trash truck service in Scott City, before settling on owning Marker Plumbing where he retired in 1988.  Still young, Carol and he set out to earn a second retirement in Motel management.  Accomplishing that in 1998, Gay then decided two retirements were enough.

A lifelong and avid Kansas University fan, he could be found most days wearing his red and blue. Gay spent many a day doing what he loved - riding motorcycles, enjoying a fishing hole or traveling to see his family scattered around the mid-west.

His parents, three brothers Lyle, Albert, Earl and one sister, Beatrice, precede him in death.

Your prayers and good wishes are all the family asks for at this time, if you desire memorials may be given to the American Cancer Society or the American Heart Association.

To order memorial trees or send flowers to the family in memory of Orland Gay Marker, please visit our flower store.