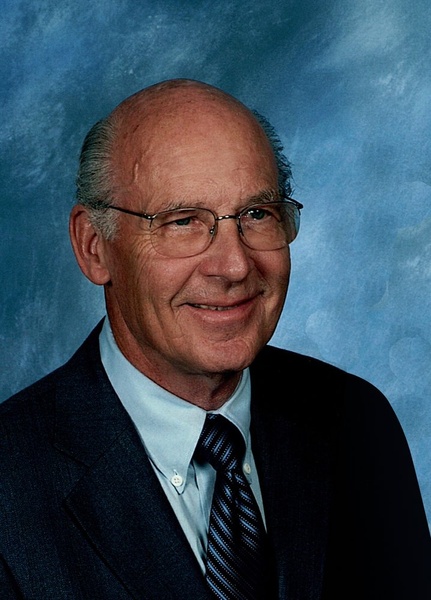 Perry D. Preusch, age 89, passed away on Friday, May 25, 2018 at the Monte Vista Grove Home in Pasadena, California.  He was born on August 1, 1928 in Halstead, Kansas, the son of Robert O. & Esther Thone Preusch of Healy, Kansas, the youngest of five children.  He attended the Healy schools until his junior year in high school when he transferred to Scott Community High School in the neighboring town of Scott City, graduating in 1946.  After three years at the University of Kansas he transferred to the University of Southern California where he obtained a Bachelor of Science Degree and continued postgraduate work in Finance.

Perry served in the Korean War with the 186th Finance Disbursing Section and spent fifteen months in Kobe, Japan.

He spent his business career as an Investment Counselor and Portfolio Manager.  He managed accounts for Trusts, Banks, States and publicly traded mutual funds and managed the Transamerica Casualty Company portfolio.  Perry retired from Transamerica in 1993 and continued as a consultant for the Transamerica funds for an additional year.

On June 2, 1953, Perry married Nancy Lee VanAntwerp of Scott City, Kansas.  They have made their home in the Pasadena, California area since that time.  He was involved with various business organizations, a member of the Presbyterian Church serving as Elder, Trustee and Deacon, and was Treasurer of the San Marino Community Church and President of the church Foundation Board and the Board at Monte Vista Grove.

In Lieu Of Flowers, donations can be made to the charity of your choice.

To order memorial trees or send flowers to the family in memory of Perry D. Preusch, please visit our flower store.