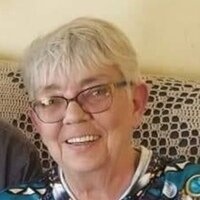 Phyllis Elaine Archer, 68, of Ellis Kansas, passed away on April 28th, 2022.  Phyllis was born in Muskogee, Oklahoma on March 13th, 1954. Phyllis graduated from Lamar High School and continued on to receive a business degree from Ottawa University.

Phyllis was united in marriage to Mike Archer on August 10th, 2011. They were married 10 years.  Phyllis worked as a credit manager for the Garden City Co-op for 17 years and retired in 2019.  Phyllis enjoyed cooking, crocheting, spending time with her grandchildren and great grandchildren, riding motorcycles, and spending time on the lake.

To order memorial trees or send flowers to the family in memory of Phyllis Elaine Archer, please visit our flower store.