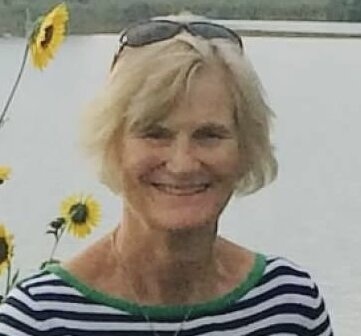 Phyllis Moyer Fater, age 77, passed away on Sunday, April 17, 2022, at the Park Lane Nursing Home in Scott City, Kansas. She was born on March 6, 1945, in Sellersivllie, Pa, the daughter of Jacob and Ethel Moyer.

Phyllis grew up in Pennsylvania with her sister Carolyn and brother Richard. In 1967, she earned a Bachelors of Education from the Kutztown State College.

She was heavily involved in education, working in early childhood education after earning her Masters in Early Childhood Education from Northeastern State University in Talequah, Oklahoma. She started the first Parents as Teachers program in the state of Oklahoma. She retired from teaching at the Glenpool Elementary school in Glenpool, Oklahoma after 32 years.

Phyllis will always be remembered by her friends and family for her active life, involvement in her church, the WaWa’s (Women’s Association of Water Aerobics), and the joy she had when she was with all children, especially her three grandchildren.

She was preceded in death by her brother, Richard Moyer.

Memorial Services will be held at a later date and time.

Memorials in lieu of flowers may be made to the Glenpool Elementary school in care of Price and Sons Funeral Home.

To order memorial trees or send flowers to the family in memory of Phyllis Fater, please visit our flower store.