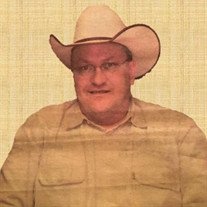 Rick Anthony Sneath, age 56. Rick passed away on Monday, October 30, 2017 at his home in Claremore, Oklahoma. He was born on March 30, 1961, in Garden City, Kansas, the son of Glen Eldon and Annette Marie (Dobrinski), Sneath.

Rick graduated from Scott City High School in Kansas in 1979. Then he moved to Dumas, Texas where he raised his family and managed a feedlot. Later Rick moved to Claremore, Oklahoma. He enjoyed watching his rodeos and Texas Longhorn Football, spending time with his grand kids and family. Survivors include his parents of Claremore, Oklahoma, one son Ian and Alicia Sneath of Longmont, Colorado, one daughter Amanda and Ronnie Ashbaugh of Dumas, Texas. One brother Bruce and Paula Sneath of Scott City, Kansas, One sister Missy and Joe Lorg of Claremore, Oklahoma. 5 grandchildren; Finnley of Longmont, Colorado, Riley, Micala, Julie and Annice of Dumas, Texas and numerous nephews, nieces and cousins.

Memorials in lieu of flowers may be given to the American Heart Association at: www.heart.org

To order memorial trees or send flowers to the family in memory of Rick Anthony Sneath, please visit our flower store.