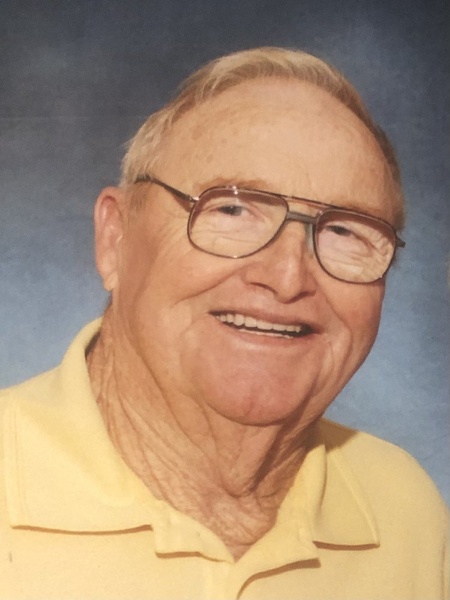 Robert “Bob” Bennett, age 83, passed away on Friday, August 6, 2021, at the Dighton Hospital in Dighton, Kansas.  He was born on December 6, 1937, in Shallow Water, Kansas, the son of George J. Bennett and Mary Ellen (Fenton) Bennett.  A resident of Healy, Kansas since 1965 moving from Gove County, Kansas, he was a farmer.

Bob became a member of the Lutheran Church in Scott City at the age of 14.

He attended school at Scott City. Later joining the Army and serving in the 299th Engineer Battalion.

Bob married Carole W. Brown on December 9, 1956, at the Dighton Methodist Church. They would have celebrated their 65th wedding anniversary this year.

Returning from the service he started working on the farm in Gove County for Joe Hanna.  Later, Bob was employed by York Brothers of Healy.  Eventually owning his own farm and raising livestock, wheat, milo, and alfalfa.

He was preceded in death by his parents, and all of his siblings, Brothers: Ralph, Harold, Jim, and Terry.  Sisters: Joyce, Margie, Cathy, and Mary.

Memorial Graveside Services will be held at 10:00 a.m. Saturday, August 14, 2021, at the Healy Cemetery in Healy, Kansas with Rev. Bud Tuxhorn presiding.

Burial will be in the Healy Cemetery in Healy, Kansas

To order memorial trees or send flowers to the family in memory of Robert Bennett, please visit our flower store.