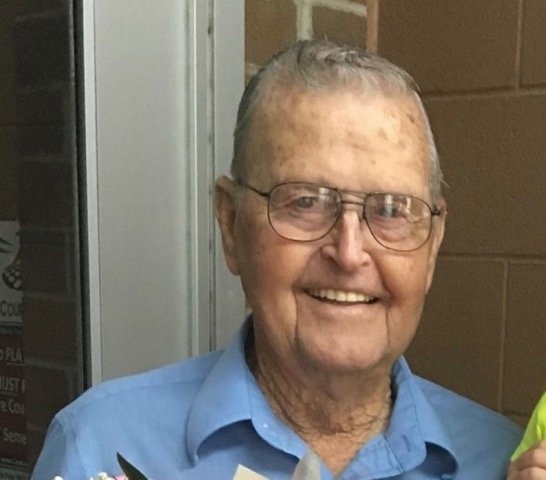 Robert Paul “Bob” Moser, Sr., age 86, passed away on Tuesday, October 9, 2018 at Greeley County Hospital/Long Term Care in Tribune, Kansas.  Bob was born July 12, 1932 on the Moser family homestead in Greeley County, the son of Paul Frederick & Esther Gladys Bjork Moser.  A resident of Tribune, Kansas since 1959 moving from Aurora, Colorado, Bob was owner and operator of Bob’s Body & Repair in Tribune, Kansas.  Bob served his country in the United States Navy from April of 1952 through June of 1953.

Bob was a member of the United Methodist Church in Tribune, Kansas.  He also held membership in VFW Post # 7521 in Tribune, Kansas as well as the Masonic Lodge #471 of Sharon Springs, Kansas, Scottish Rite Shrine in Scott City, Kansas and the Order of the Eastern Star of Lakin, Kansas.

His parents, wife, a grandson, Scott Stewart, a son-in-law, Stan Stewart and a sister, Vera Woods precede him in death.

Friends may call from 1:00 pm until 8:00 pm Saturday and Sunday at Price & Sons Funeral Home in Tribune, Kansas.

To order memorial trees or send flowers to the family in memory of Robert Paul Moser, please visit our flower store.