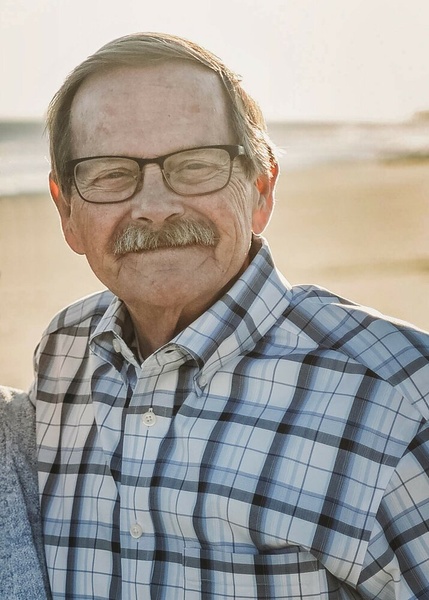 Robert L. Waters, age 72, passed away at his home in Scott County, Kansas on Tuesday, August 31, 2021.  He was born on June 30, 1949, in Junction City, Kansas, the son of Lawrence & Mary Weaver Waters.  After attending Kansas State University and meeting Marilyn S. Winderlin, they married in 1969 in Scott City, Kansas.

He began his career at Coleman Industries in Wichita, Kansas, and then transferred to Elkhart, Indiana as a warehouse manager.  As a family, they moved to the family farm in Scott County, Kansas in 1978 with a small pig he received as a going away gift named Arnold in the back of the car to become a hog farmer until 1989 when he started working for Schwieterman Inc. in Garden City, Kansas as a broker.

He was a member of the St. Joseph Catholic Church in Scott City, Kansas.  Robert enjoyed many hobbies including woodworking, gardening, raising chickens, growing flowers from seed and filling his greenhouse, and baking bread.

He was preceded in death by his Parents, and Two Sisters - Anita Noel and Patricia Fay Lawrence.

Funeral Mass will be held at 10:00 a.m. on Saturday, September 4, 2021, at St. Joseph Catholic Church in Scott City, Kansas with Fr. Don Bedore presiding.  Services will be streamed live at www.priceandsons.com.  Click the live stream tab on the left side of the obituary or click on LIVESTREAM" starting at 9:55 a.m.

Memorials in lieu of flowers may be written to the Robert Waters Memorial Fund for an education scholarship in care of Price & Sons Funeral Home, PO Box 553, Scott City, Kansas, 67871.

To order memorial trees or send flowers to the family in memory of Robert Lawrence Waters, please visit our flower store.