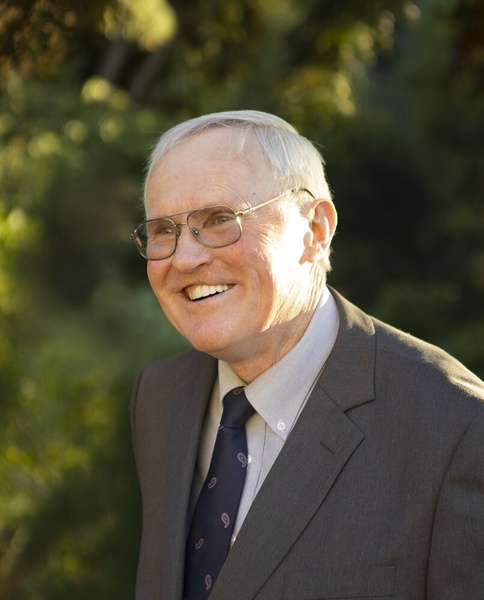 “The Earth is a very small stage in a vast cosmic arena.” – Carl Sagan

Beloved educator, scientist, bus driver, father, and friend Robert (“Bob”) Wilson, 73, passed away on December 7, 2021, in Mill Valley, California. He was born on November 11, 1948, in Alva, Oklahoma, the son of Harold and Mary Wilson. Bob had brain cancer and was with his children in his last two months of life, characteristically charming his care team and cracking dry jokes throughout.

Bob received a Bachelor of Arts from Northwestern Oklahoma State University in 1971 and his Master of Science in Education from Fort Hays State University in 1983. He spent three years in the Army and then taught prisoners before moving to Garden City, Kansas, in 1976 to begin a career that spanned 35 years. Bob was a biology teacher and bus driver at Holcomb High School and an anatomy and physiology instructor at Garden City Community College. He was known as “Biology Bob,” and he challenged and inspired countless students to explore what is now known as STEM.

Bob’s love of science and education was only matched by his passion for his pet cats and all wildlife. He was one of the founding members of the Cougar Network, a nonprofit organization that researches the movements of mountain lions across North America. Bob deeply respected the natural world and never missed an opportunity to teach his children about the cycle of life and how to experience wonder in the unlikeliest of places. Bob fished and hunted. He found otherworldly awe in the outdoors, in a petri dish, and in science fiction.

Bob was preceded in death by his wife, Marlene Wilson, and his parents. He is survived by his daughter, son-in-law, and grandson, Melissa, Graham, and Rigel Beer of San Rafael, California; his son and his son’s partner, Scott Wilson and Allison Fine of Seattle; his sister, Judy Kirk of Enid, Oklahoma, and her daughter, Jill Bristol of Jenks, Oklahoma; and his brother-in-law, Wayne Kaldahl of Lincoln, Nebraska, and his children and their spouses, Jeff Kaldahl of Chicago, Steven Kaldahl of Bellevue, Nebraska, and Jill and Tom Teachout of Lincoln.

A Celebration of Life will be held in May 2022 near the West Green gazebo of Lee Richardson Zoo in Garden City, Kansas. To continue Bob’s academic impact, memorial scholarships will be set up in his name.

To order memorial trees or send flowers to the family in memory of Robert Wilson, please visit our flower store.