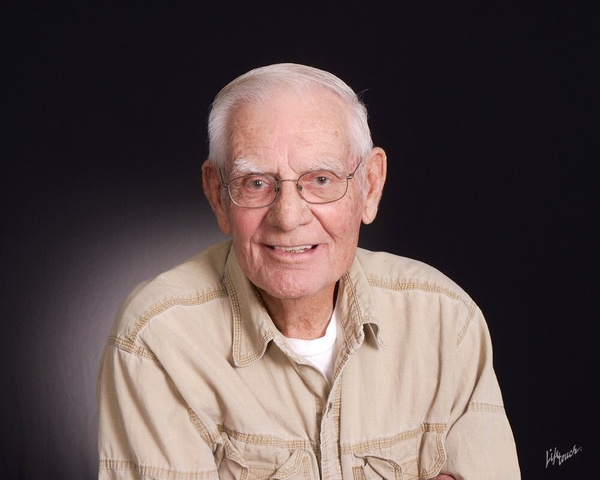 A third-generation Kansas farmer, Roy spent his boyhood learning from his father and grandfather how to coax the same land that he would steward for God’s Kingdom throughout his life to grow wheat, corn, milo, soybeans and more.  Roy stepped into the boots of a generation of American farmers who were every-day superheroes facing challenges such as a heartland just recovering from the Great Depression and the Dust Bowl, World War II, and a blizzard in 1947 that left him and his siblings stranded for days and unable to let their parents know they were alive even though they were only three miles from home.  Attending school in a one-room schoolhouse, Roy finished his high school education in the eighth grade, including trigonometry, which he used regularly on the farm.  He bled farming 24/7, 365-days-a-year.

On December 23, 1962 he married Janice LaFaye Crouch, an English teacher, in Garden City, Kansas.  They would raise their family to love Jesus and the land God gave them together.  Members of the First Southern Baptist Church in Garden City, Kansas, Roy applied his tough-as-a-pair-of-Levi’s stubborn streak to model for his children, grandchildren, and great-grandchildren what a life fully committed to God’s call could look like.  None of his family ever managed to beat him at a tickle fight or match his perfectly roasted turkey every Thanksgiving.  After 56 years of marriage, his wife Janice preceded him in death on May 20, 2018.

A lifelong learner, Roy’s love for exploring new technology and scientific advancements led to continuous innovations as he launched the family farm to a scope his father and grandfather could never have imagined with his son, Dan Harms, who continues the farm operation today in Finney County.  Roy’s heart for the majesty of all God’s creation led to his love of travel and family trips ranging from Yellowstone to hot springs in Colorado and Carlsbad Caverns.

In the final years of his life, Roy struggled to walk across the yard to the mailbox, but he would still drive his pickup out to the farm daily, park right next to the tractor or combine so he would not have to walk more than a few steps, and use his arms to haul himself up the ladder to the driver’s seat, where he would work 10-14 hour days even in his eighties.

Roy’s legacy of faithfulness lives on today in his family, who all continue to love and serve the Lord Jesus with the same tenacity he displayed:

Roy is also survived by his sister Carol Kauffman (husband Ron) of Russellville, Arkansas. He was preceded in death by his parents, wife, and two siblings - Virgil Harms and Mary Lou Renstrom.

To order memorial trees or send flowers to the family in memory of Roy Harms, please visit our flower store.