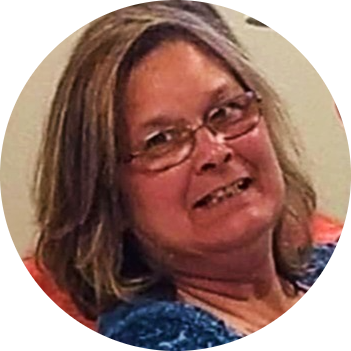 Shawna Marie Glazier passed away peacefully in her home in Horace, Kansas on Sunday, January 22, 2023.  Shawna was born to Donald Merle and Carol Joan Paxman on March 17, 1964, in Hutchinson, Kansas.  She was a 1982 graduate of Greeley County High School.  On August 29, 1981, she married Joe David Glazier in Tribune, Kansas.  The couple was blessed with two children, Christopher Adam on June 3, 1989, and Courtney Rae on September 8, 1994.

Shawna was a long-time employee of Gooch’s Affiliated Foods where she enjoyed many years with her co-workers.  She was famous for her homemade noodles and chocolate cheesecake and for hosting family gatherings.  In her spare time, she enjoyed spending time outside working in her flower garden and yard and reading romance novels.   Her greatest pleasure was spending time with her family and being Nana to her grandson, Easton.

Funeral services will be on Friday, January 27 at The First Baptist Church at 2 o'clock mountain time in Tribune, Kansas with burial to follow at the Greeley County Cemetery.  Memorials may be given to “Growing the Vision - The Victory Walk” in care of Price and Sons Funeral Home, PO Box 161, Leoti, Kansas 67861.

To order memorial trees or send flowers to the family in memory of Shawna Marie Glazier, please visit our flower store.