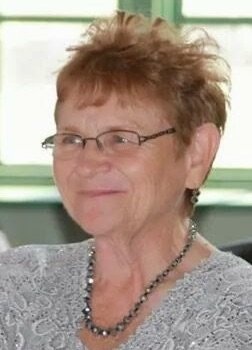 Sherrill K. Barnett, age 72, passed away on Tuesday, February, 20, 2018 at the Park Lane Nursing Home in Scott City, Kansas.  She was born on December 18, 1945 in Dighton, Kansas, the daughter of Leonard Anthony & Katherine Opal Wendler Steffens.  A lifetime resident of Healy, Kansas and Scott City, Kansas, she was a cook for Assisted Living in Dighton, Kansas and also cooked for the school and local deli both in Healy, Kansas.

She was a member of St. Joseph Catholic Church in Scott City, Kansas.

She was preceded in death by her Parents, Husband and Four Brothers - Junior, Frank, Jim & Pete Steffens.

Memorials may be given to the Sherrill Barnett Memorial Fund in care of Price & Sons Funeral Home.

To order memorial trees or send flowers to the family in memory of Sherrill K. Barnett, please visit our flower store.