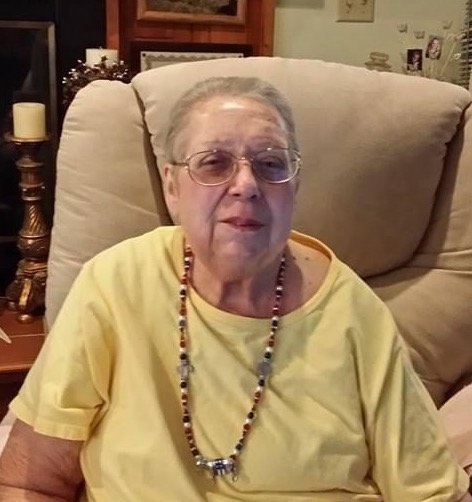 Shirley Jean Ward, age 80, died at her home in Lakin, Kansas.  She was born on March 27, 1941 in Pine Bluff Arkansas, the son of James Madison Williams and Hazel Marie Bell.

She was a member of the First Presbyterian Church of Lakin, Kansas, KNEA and NEA.  Shirley worked in the clerical and secretarial field all her life retiring in 2002 from Garden City Community College.  Shirley made her church the center of her life by playing the piano for her church and various quarters and singing in the church choir until her health prevented it.

She was a resident of Kansas having moved from Missouri in 1972.

On September 12, 1959, she married Troy Ward at the General Baptist Church in Broseley, Missouri. He preceded her in death on October 17, 2020.

She was preceded in death by her parents; husband, and grandparents.

Visitation will be from 10-12 at Price & Sons Funeral Home of Garden City and from 3-8 at the First Presbyterian Church of Lakin on Monday.

Funeral services will be held on Tuesday, April 13, 2021 at the First Presbyterian Church of Lakin, Kansas with Pastor Rita Stockton presiding at 10:30 am.

Interment will follow at the Lakin Cemetery in Lakin, Kansas.

Memorials can be made to the First Presbyterian Church or to Garden City Community College Endowment Association to be used for the Mary Jo Williams Learning Center of Lakin in care of Price & Sons Funeral Home, 620 N. Main St. Garden City, Kansas 67846.

To order memorial trees or send flowers to the family in memory of Shirley Jean Ward, please visit our flower store.