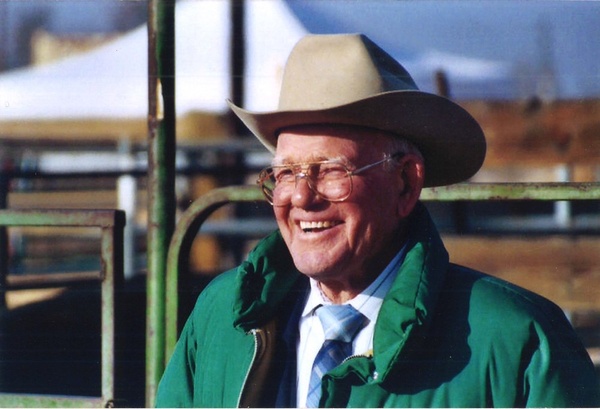 He was born September 19, 1923 in Edmond, Oklahoma, the son of Raymond and Bernice (Brown) Fansher. Stan grew up on a dairy farm, one of six children.  He began his college career at Kansas State in 1941 and later enlisted in the Army Air Corps during World War II.  Stan was stationed in Shanghai, China as a control tower operator. He returned to Kansas State to complete his bachelor's degree in Dairy Science and later a Master's Degree in Animal Husbandry.

While at K-State, Stan was a member of FarmHouse Fraternity and the K-State Wrestling Team. He wrestled two seasons for the Wildcats. He was high point man both years and also a Big Six and Big Seven Conference Champion in the 145 pound weight class.

On August 12, 1949 he married Lila Marie Mosier in Hollywood, California on the Bride and Groom Radio Program. After a short time in Oregon, he moved to Garden City, Kansas and for 35 years was manager and co-owner of Brookover Feed Yards, Inc.

Stan served as President of the Garden City Rotary Club, held offices in the Kansas Livestock Association, and was a member of the National Cattleman's Beef Association. Stan helped John Dickerson start the wrestling program at Garden City High School and continued supporting the program with his time and talents.

As Registered Angus breeders, he and his son, Brad, won Grand Champion Honors in the 2004 National Angus Carcass Challenge. Stan has always been an enthusiastic supporter of the beef industry and Beef Empire Days. He was the recipient of the Mary Hopkins Award in 2010. He was well liked, respected and admired.

He was preceded in death by his wife, Lila Marie, his brothers Forrest, Farland and Marvin and sisters Frances and Virginia.

The Memorial Service will be held on Friday, July 19, at 10:30 AM at the First United Methodist Church, with the Pastors Joel Plisek and Jerry Nolte officiating. Interment will follow at the Valley View Cemetery.

There will be private family visitation.

Stan was an avid supporter of Kansas State University. Memorial contributions may be made to the KSU Livestock and Meat Industry Council (LMIC) in care of Price and Sons Funeral Home, 620 N. Main St. Garden City, Kansas 67846.

To order memorial trees or send flowers to the family in memory of Stanley Brown Fansher, please visit our flower store.