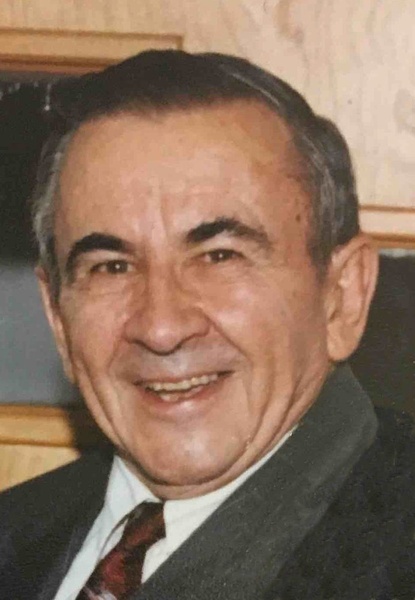 Stanley L. “Buck” Pearson, age 89,  a retired cattleman and farmer went to check cows with his Savior on July 1, 2017.  Stanley was a Scott City resident since 2012 after spending a lifetime on the family farm in Greeley County, Kansas.  Stanley was born on October 24, 1927 to Art and Bessie (Ritter) Pearson in Tribune, Kansas.  He was a graduate of Greeley County High School and attended Kansas State University for a short time, returning to the family farm.

Buck was a friend to many, and a stranger to no one.  He spent many hours with anyone who would listen telling the history of Greeley County and stories of historical events.  Buck took pride in knowing the history and living a large portion of that same history.  Following the death of his father in 1956, Buck provided the labor, management and care to the family homestead that was started in the 1880’s.

Stanley was a Past Master of the Masonic Lodge in Tribune, a Past Worthy Patron of the Order of Eastern Star, also in Tribune.  He was currently a 60 year + Masonic member of Anthem Lodge # 284 in Scott City.  He had made himself available as a Sunday School teacher at the United Methodist Church in Tribune where he was a member.  He also had spent a limited time as a Little League baseball coach.

Cattle were his passion and he lived this until he was unable to care properly for them.  He raised Registered Angus cattle, and was a strong and early proponent of the value of a superior herd sire.  He traveled the United States to purchase quality cattle to bring back to Greeley County to improve his herd.  By selling progeny to others, he also tried to improve the herds of neighbors and friends.

Stanley is preceded in death by his parents, Art & Bessie, sisters, Marian and Ardris, and his brother Valdean.

In June of 1952, Stanley married Ramona Adkinson in Brownell Kansas.  This union was blessed with three boys; Clint and Lisa Pearson, Scott City, Travis and Patricia Pearson, Wichita, and Lance Pearson, Lawrence.  Stanley was a grandfather to six young people and a Great-Grandfather to one young lady.  He is also survived by a dear friend Inez Blau of Leoti.

Graveside Services will be held at 10:00 am (MST) Saturday, July 8, 2017 at the Greeley County Cemetery in Tribune, Kansas with Rev. Robert Selvakumra presiding.

To order memorial trees or send flowers to the family in memory of Stanley L. Pearson, please visit our flower store.