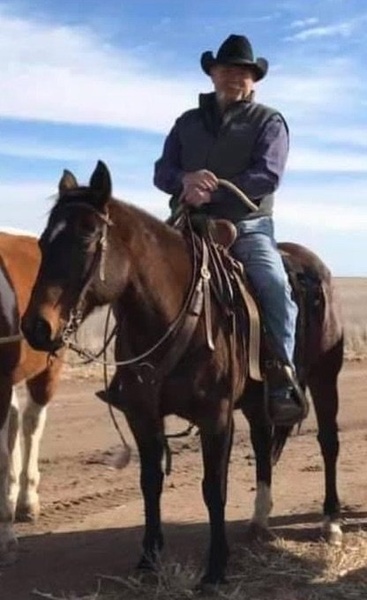 Steve A. Wright, age 49, passed away on Monday, July 5, 2021 at the Wesley Medical Center in Wichita, Kansas.  He was born on April 20, 1972 in Scott City, Kansas, the son of Roy Alvin and Rose Marie Wright.  Steve was a lifetime resident of Scott City, Kansas and was the former owner and operator of C7 Cattle Company.  He was a man with a multitude of talents.

He was a member of the First Christian Church in Scott City, Kansas.

On July 8, 1995 he married Kim Richardson in Scott City, Kansas.

He was preceded in death by his Grandparents.

Memorials in Lieu of Flowers can be made to the Steve Wright Memorial Fund in care of Price & Sons Funeral Home, PO Box 553, Scott City, Kansas, 67871.

Burial will be in the Pyramid View Cemetery in Logan County, Kansas.

To order memorial trees or send flowers to the family in memory of Steve A. Wright, please visit our flower store.