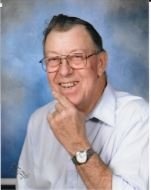 Steven Henry Nagel, age 77, passed away on Thursday, January 31, 2019 at the Scott County Hospital in Scott City, Kansas.  He was born on December 30, 1941 in Ellsworth, Kansas, the son of Eilert Henry & Virginia Noble Nagel.  A resident of Scott City, Kansas since 1976 moving from Sharon Springs, Kansas he was a retired truck driver for Seaboard Farms, Inc.

He was a member of the First Baptist Church in Scott City, Kansas and was a US Air Force Veteran.

On June 9, 1969 he married Elsie A. Hansley Griffin in Durant, Oklahoma.  She survives.

He was preceded in death by his Parents, One Son - Eilert Samuel Nagel, One Brother - Keith Nagel, One Sister - Cinda Becker and One Grandson - Jeremy Griffin.

Funeral Services will be held at 2:00 p.m., Tuesday, February 5, 2019 at the First Baptist Church in Scott City, Kansas with the Rev. Kyle Evans Presiding.

Memorials in Lieu of Flowers may be made to the Steven Nagel Memorial Fund in care of Price & Sons Funeral Homes.

To order memorial trees or send flowers to the family in memory of Steven H. Nagel, please visit our flower store.