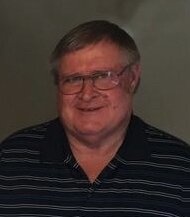 Terry A. Algrim, age 69, passed away on Friday, January 28, 2022 at Ascension Via Christi St. Francis Medical Center in Wichita, Kansas.  He was born on April 15, 1952 in Garden City, Kansas, the son of Clifton and Isile Fern Rose Algrim.  A lifetime resident of Garden City, Kansas, he was a 4th generation farmer who loved the land.

Terry served in many capacities at the Nazarene church including Childrens Church, Sunday School, Teen Sponsor, and the local church board.  He loved missions and served on the missions council and served as past president.  He participated in missions trips to Brazil, Ecuador, Kenya and Uruguay.

He was proud of his sons and grandson and attended as many of their activities and sporting events as he could.

On June 1, 1974 he married Carla Trupp in Hastings, Nebraska.  She survives.

He was preceded in death by his Parents - Clifton & Isile Fern Algrim, and One Brother - Billy Algrim.

To order memorial trees or send flowers to the family in memory of Terry A. Algrim, please visit our flower store.