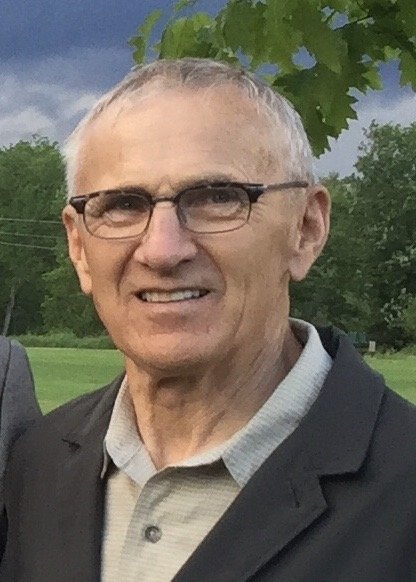 Ted was born on February 11, 1943 in Garden City, Kansas. He grew up in Garden City and spent summers on his parents’ farm on the Scott-Finney County line. After graduating from Garden City High School, he attended college at Garden City Community College; at Kansas State University; and  Fort Hay State University. He married the love of his life, Pamela Kay Hutchins, on July 11, 1964.  They lived and raised their family in Scott County before moving to Garden City in 2017. Ted was a farmer, a cowboy, a salesman, a business owner, and most importantly, a great husband, father, and grandfather

Ted loved horses, dogs, cats, travel, bird hunting, and corny jokes. But most of all, he loved people. He loved his family and friends, and that includes about everyone he ever met, because he made friends everywhere he went. He was everyone’s favorite uncle, cousin, friend’s dad, sales rep, or seatmate on an airplane.  He was one of the nicest and most generous people you could ever meet.

In a final gesture of his generosity, Ted donated his brain to the Brain Donor Project to help find a cure for Alzheimer’s and other neurological diseases.

Ted is survived by his wife of 55 years, Pam Crist; his daughter and son-in-law, Heather and Andy Paley; his son and daughter-in-law, Trevor and Karen Crist; his four grandchildren, Park Crist, Sierra Crist, Jackson Paley and Charles Paley; his brother Max Crist; and his sister Marsha Le Cheminant. He is preceded in death by his parents, Ted E. Crist and Barbara Park Crist; and by his sister, Toni Patton

If you would like to make a donation in his honor, please consider giving to the Alzheimer’s Association (https://alzfdn.org/), the Brain Donor Project (https://braindonorproject.org/), or the John Eli Crist Memorial Fund via the Scott Community Foundation (https://scottcf.org/) in care of Price & Sons Funeral Home 620 N. Main St. Garden City, Kansas 67846.

To order memorial trees or send flowers to the family in memory of Theodore Park Crist, please visit our flower store.