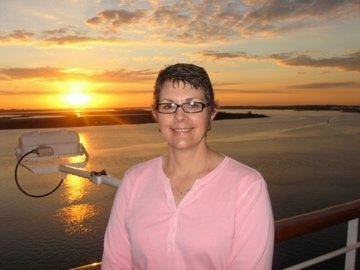 Tonja M. Williams, age 50, passed away on Friday, November 24, 2017 at MD Anderson Cancer Center in Houston, Texas.  She was born on November 18, 1967 in Guymon, Oklahoma, the daughter of Troy S. and Carrie M. Abbott Marion.  A resident of Scott County, Kansas since 1988 moving from Colorado, she was a teacher at Scott City Elementary School for over 13 years.

She was a member of the Pence Community Church in Pence, Kansas and Land of Kansas and was the owner and operator of Tonja’s Toffee.

On December 31, 1988 she married Alan Williams in Scott City, Kansas.   He survives.

She was preceded in death by One Brother - Troy S. Marion Jr. and her Grandparents.

Funeral services will be held at the First Baptist Church in Scott City, Kansas on Saturday, December 2, 2017 at 10:30 a.m. with Dr. Mark Yarbrough and Don Williams presiding.

Memorials in Lieu Of Flowers may be made to Tonja M. Williams Memorial Fund in care of Price & Sons Funeral Homes.

To order memorial trees or send flowers to the family in memory of Tonja M. Williams, please visit our flower store.