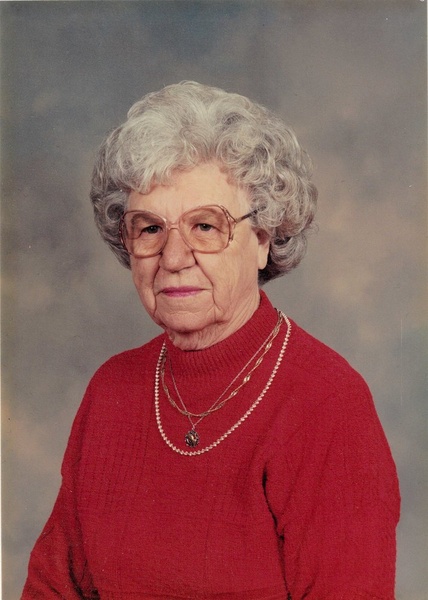 Venus M. Gropp, Age 97, passed away peacefully on Tuesday, March 5, 2019 at the Park Lane Nursing Home in Scott City, Kansas.  She was born on September 6, 1921 on the family farm North of Coolidge, Kansas, the daughter of George Washington and Edith Ellen Webster McClary Herren.  A resident of Scott City, Kansas since 2011 moving from Syracuse, Kansas, she was a school lunch worker for USD #494 in Syracuse, Kansas for several years.

She was a member of the Syracuse Wesleyan Church in Syracuse, Kansas.

She was preceded in death by her parents, husband - Fred, Eleven Brothers and Sisters.

Funeral services will be held at 10:30 a.m. on Monday, March 11, 2019, at the First Christian Church in Scott City, Kansas with Rev. Rodney Hopper presiding.

Memorials In Lieu Of Flowers may be made to the First Christian Church in care of Price & Sons Funeral Homes.

To order memorial trees or send flowers to the family in memory of Venus M. Gropp, please visit our flower store.