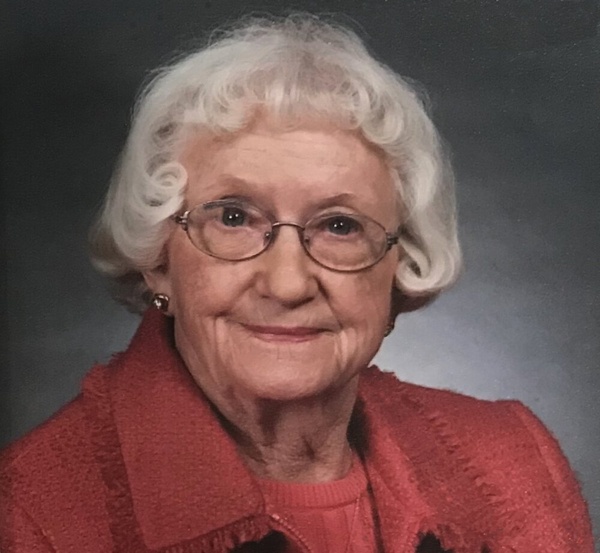 Verna Lou (Kinlund) Harris, 93, passed away Thanksgiving morning, November 25th at the Greeley County Long Term Care facility in Tribune, Kansas.  Verna was born on April 15,1928 at their home near Geuda Springs, Kansas, the daughter of Harold E. Kinlund and Georgia Lawson Kinlund.  She has been a resident of Greeley County since her sophomore year of high school.

Verna married Charles William Harris on December 18th, 1946.  They enjoyed 67 years of marriage and were blessed with three children, Greg, Clark, and Jill. Verna cherished her large extended family and her close relationships with her siblings, Arlyss, Ella, twin brothers Nat and Neal and twin sister Vivian.  She also had many special nieces, nephews, and cousins who enriched her life.

Verna treasured her Tribune community.  She had a rich social network of friends and activities that added to a fulfilling life in Greeley County.  Of special note are numerous community groups including dance and bridge clubs, local ladies tennis gatherings, historical society, extension unit events and her lifelong commitment to the Tribune United Methodist Church.  In addition, she lent much support to her children’s activities which included 4-H, band, boy scouts, FFA, and their involvement in many Tribune Jackrabbit sports teams.  Verna was an avid fan of the K-State Wildcats, the Kansas City Chiefs and the Kansas City Royals.

As well as running the household business, Verna was an active partner in the Harris Farm & Ranch operation keeping the books and paying the bills.  She was depended upon to pick up and deliver vital farm repairs. Verna provided a ferry service for the farm making sure that people, trucks, food, and machinery parts were where they were needed.  In a time before cell phones, Verna was the dispatch operator for the farm business band radio.

A small private family celebration of life will be held at the Tribune United Methodist Church followed by a public graveside service at the Greeley County Cemetery at 2:00 PM MT Saturday, December 11, 2021. Services will be streamed live at www.priceandsons.com. Click the live stream tab on the left side of the obituary starting at 12:55 p.m.

Memorials, encouraged in lieu of flowers, may be given to the Tribune United Methodist Church or the Greeley County Amusement Association.

To order memorial trees or send flowers to the family in memory of Verna Lou Harris, please visit our flower store.