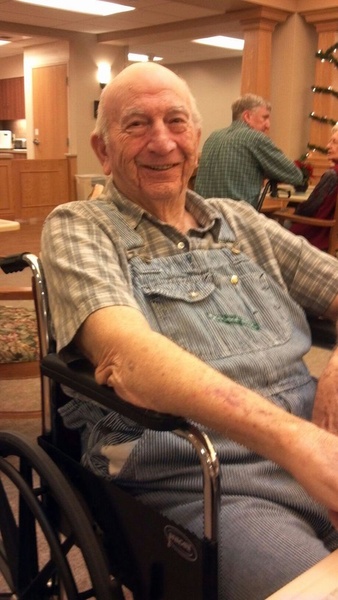 Vernon Dean Rufenacht, age 89, died on Friday, May 24, 2019 at the Morton County Senior Living Community in Elkhart, Kansas.  He was born on February 16, 1930 in Ransom, Kansas, the son of Fred William and Blanch Elizabeth Horchem Rufenacht.

He was a member of the First Christian Church of Scott City.  Vernon proudly served in the United States Army during the Korean War.  Vern worked for Ryder truck line in California and Oklahoma.  After he retired moved back to Scott City and helped local Farmers.

One Brother George and Val Rufenacht of Scott City, Kansas

He was preceded in death by he parents and wife, three brothers in law.

Funeral services will be held at 2:00 p.m. Wednesday, May 29, 2019 at Price & Sons Funeral Home in Scott City, Kansas with Pastor Rodney Hopper presiding.

Visitation will be held on Tuesday from 12-8 and Wednesday from 10-12 at the funeral home .

Interment will be in Rose, Oklahoma.

Memorials are can be made to the Alzheimers Association in care of Price and Sons Funeral Home, PO Box 553, Scott City, Kansas 67871.

To order memorial trees or send flowers to the family in memory of Vernon Dean Rufenacht, please visit our flower store.