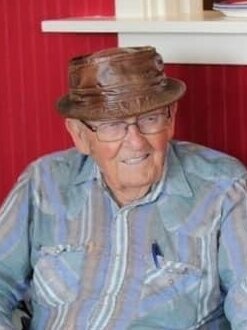 Wayde R. Berry, age 94, passed away on Friday, December 17, 2021, at the Scott County Hospital in Scott City, Kansas.  He was born on December 29, 1926, in Franklin, Texas, the son of Wilson W. And Bessie L. Isbell Berry.  A resident of Scott City, Kansas since 2013 moving from Tecumseh, Oklahoma, he was a bulk agent for Standard Oil and a truck driver.  Wayde was a US Army Veteran of World War II and the Korean Conflict.

Funeral Services will be held at 2:00 p.m. Monday, December 20, 2021, at the First Baptist Church in Scott City, Kansas with Pastor Don Williams presiding. Funeral services will be Livestreamed at www.priceandsons.com.

Memorials in Lieu of Flowers may be written to the Assembly Of God Church % Price & Sons Funeral Home, PO Box 553, Scott City, Kansas, 67871.

To order memorial trees or send flowers to the family in memory of Wayde R. Berry, please visit our flower store.